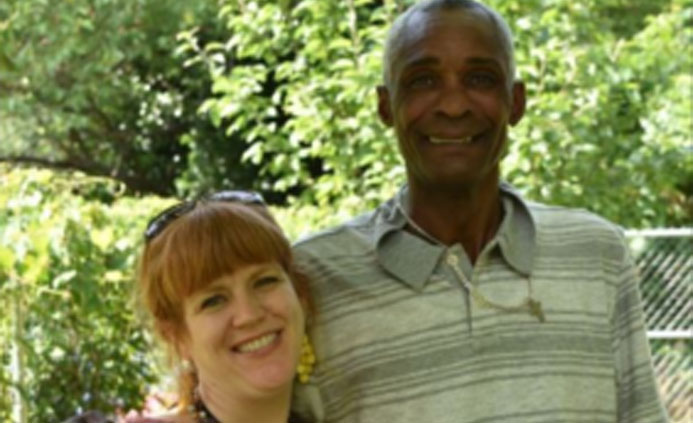 What brought me to The Light House? First and foremost, I got sick, I got diagnosed with COPD and couldn’t continue to work at all, I had no income, no place to stay, and I was in so much pain…I was hurting bad

Mr. Martin grew up in Washington D.C. and Maryland. He worked in construction and maintenance in Annapolis for almost 30 years, and had even managed to set aside a savings account for the future. He was a hard worker and had expected to have many more years of employment and income ahead of him.

His life plans came to a halt though when he started to develop Chronic Obstructive Pulmonary Disease (COPD), a progressive lung disease that gives him severe shortness of breath, chronic cough, asthma, fatigue, and frequent respiratory infections. His doctors told him that his years of exposure to fumes and toxins were a huge contributor to his COPD. As hard as he tried, he couldn’t continue to work. His savings quickly dried up due to his medical expenses and having to cover rent without an income. Soon he couldn’t afford to stay in his home.

“I became homeless, I was living with friends and places I had been doing work at, sleeping on different couches, and even outside. My lungs are so sensitive, not having a clean place to stay made me so much sicker. It was a long struggle for four years.”

Mr. Martin’s frequent asthma and coughing attacks require that he live in a space that has well filtered air, regulated temperatures, and minimal allergens. Without this, his condition becomes very painful and unmanageable. This was an exhausting and difficult challenge when he was living on friend’s couches or sleeping outside. His condition was getting worse every day, but finally a friend connected him with The Light House where he was given shelter and connected with his case manager, Jill (pictured here), who helped him on the path to a better future.

“It was by the grace of God that I found The Light House, and that I got housing.”

Mr. Martin moved into The Light House in December of 2015. His case manager helped him apply for a housing voucher, sort out his finances, and get him the medical treatment he so desperately needed. With the support that The Light House provided, Mr. Martin was able to move out of the shelter and into his new home in July of 2016. Since then, he has been able to take control of his health, go to his medical appointments, and even has a beautiful little back yard with a small garden plot. He has been connecting with old friends and has just recently been reconnected with his three half-sisters.

“I love my life now, I have peace of mind…I’ve come a long long way since The Light House took me in.”

Nonprofit of the Year

Chesapeake Charities
2018 Nonprofit of the Year

This is a notification that can be used for cookie consent or other important news. It also got a modal window now! Click "learn more" to see it!

We may request cookies to be set on your device. We use cookies to let us know when you visit our websites, how you interact with us, to enrich your user experience, and to customize your relationship with our website.

Click on the different category headings to find out more. You can also change some of your preferences. Note that blocking some types of cookies may impact your experience on our websites and the services we are able to offer.

These cookies are strictly necessary to provide you with services available through our website and to use some of its features.

Because these cookies are strictly necessary to deliver the website, refuseing them will have impact how our site functions. You always can block or delete cookies by changing your browser settings and force blocking all cookies on this website. But this will always prompt you to accept/refuse cookies when revisiting our site.

We fully respect if you want to refuse cookies but to avoid asking you again and again kindly allow us to store a cookie for that. You are free to opt out any time or opt in for other cookies to get a better experience. If you refuse cookies we will remove all set cookies in our domain.

We provide you with a list of stored cookies on your computer in our domain so you can check what we stored. Due to security reasons we are not able to show or modify cookies from other domains. You can check these in your browser security settings.

We also use different external services like Google Webfonts, Google Maps, and external Video providers. Since these providers may collect personal data like your IP address we allow you to block them here. Please be aware that this might heavily reduce the functionality and appearance of our site. Changes will take effect once you reload the page.